Home Loans – to fix or not to fix? 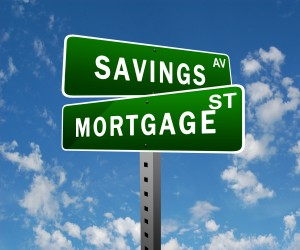 Although the Board of the Reserve Bank of Australia has held interest rates steady since its two surprise drops earlier this year in February and May, it takes a brave economic commentator to guess what decision the Board will make on the first Tuesday of every month. Add to the mix the surprise rate increase by Westpac in November, followed by CBA, NAB and ANZ days after. So, if you have a mortgage what action should you take? Home loans – to fix or not to fix? Regardless of whether rates are going up or down, before you act, carefully consider both sides – the advantages and disadvantages of fixing your interest rate. You should also speak to a qualified professional to discuss your options. What are the Advantages? The obvious advantage is that when you fix, repayments will not increase with rising interest rates. Further, you know in advance what your repayments will be for the fixed period, and you can usually choose periods of between one to five years. This can be helpful if funds are tight. You can budget for the coming period and know exactly what to expect. What are the Disadvantages? Clearly the biggest disadvantage is what happens if rates continue to drop – borrowers who fixed when rates were “historically” low in 2013 are now paying more than if they’d waited a bit longer. Having said that, rates were decreased two years ago with the hope of reinvigorating the economy. Even the experts couldn’t have foreseen that the expected growth wouldn’t follow. The usual economic rules don’t seem to be working, so you have to ask yourself seriously if now is going to be the best time to fix. After all, how low can it go? Don’t forget, the fixed rate is generally higher than the standard variable rate and usually establishment fees are charged. If you’re thinking of refinancing again to reduce your repayments even further, read your loan documents carefully. Most lenders will impose penalties if you break a fixed rate loan before the set period has expired. Focus on the average Another point to remember is that it’s unwise to just compare the fixed rate to the variable rate… it’s the average of the variable rates over the coming three years that is your best indicator. Unfortunately, nobody will know what variable rates will be over any lengthy time frame, but to give an indication based on past results, there have only been four periods since 2000 when fixing for longer than two years has been a positive move. This occurred in the second half of 2001 (following September 11), in 2007, in early 2009 due to the drastic reduction in interest rates following the Global Financial Crisis, and in 2011 after the RBA moved to lower rates as a stimulatory measure. So if you’re thinking of changing to a fixed rate, think carefully and do the sums. Life is about choices and nobody should make this decision for you. In the meantime keep paying your mortgage off regularly and make additional payments when you can afford to. If you would like a free home loan review call Donna on 0409 002 685. There are some very competitive offerings on the market at the moment with record low interest rates.
Share